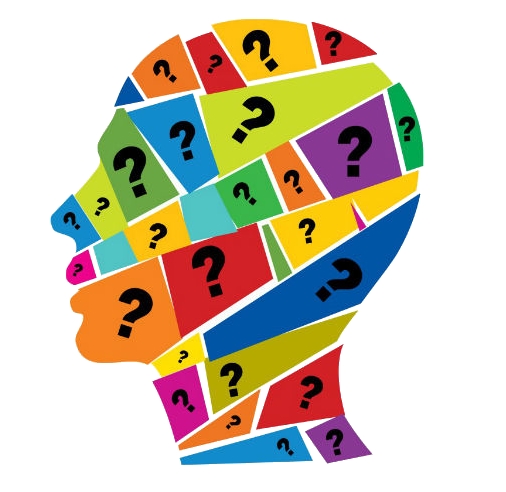 Personality tests have become widely popular. But to truly grow and become another person, we should not believe that our personality is set in stone. That we 'have' certain traits. Instead, we need to believe that we can change and become a different person.

On the one hand, personality is what defines us. It's the way in which we 'know' ourselves to be. But it can also limit us in our way of thinking. So to become someone different, we need to use vivid imagination to foresee a different future version of ourselves:

"Never mind searching for who you are. Search for the person you aspire to be."

In short, instead of looking at the past we should look at the future.

Personality tests which have become popular over the years. But they can create tunnel vision and limit our perceived potential. That's why I actually take a stance against personality tests, because each part of our personality is just a mask we wear.

Actually, the origin of the word “personality” comes from the Latin word persona. In the ancient world, a persona was a mask worn by an actor. It can also mean a character played by an actor. So our personality is just a mask. One of the many different masks we have in different settings and environments.

Imagining the New Future You

We all have a way of looking at our past. This in turn drives our daily behaviour.

But this isn't beneficial when it comes to changing our personality.

In fact, the more you 're-mind' yourself of the past, the more you maintain it. So to become someone different, the new future self needs to be thought about in the present moment:

"Real people become who they want to be by orienting their life toward their goals, not as a repeat of the past; by acting bravely as their future selves, not by perpetuating who they formerly were. "

So by acting bravely as your future self you set the beacon of something to look forward to.

Take Harry Potter for example, when he enrolled in the first year of Hogwarts.

How Harry Potter chose his Future

Harry Potter was selected by the Sorting Hat to become part of Slytherin.

So, he actually wasn't 'born' as a Gryffindor.

But he made his decision. He saw he could be a Gryffindor.

He made his choice. And choice is far more important than our ability or current skill-set.

In this story lies a fundamental truth that we can apply to our own life:

"You become who you choose to be"

Nevertheless, facing the responsibility and freedom of making one's choices is difficult. However, it is also what makes us unique as human beings.

Personality types are social and mental constructions, not actual realities.

Admittedly, they do reflect how we react in certain situations or social nuances. But the point is that any category of a personality is never exclusive - meaning that if you're an introvert in one situation you are an introvert in every situation.

In other words, different stages and moment of your life can show different parts of of who are. The question to ask yourself is; what hat or mask am I wearing right now? And is this the best one for the situation I'm in?

So even though personality traits can define us, we should actually look past our personality.

Because if you accept the personality trait as an absolute truth, alternative ways of thinking won't ever come up. In this sense you shouldn't trust your personality type any more as you trust your horoscope.

Let's take a look at some myths about our personality.

The Myth of the Five Personality Factors

There are five personality factors that are widely known and used to define who we 'are'.

1. Openness to Experience (how open you are to learning and experiencing new things)
2. Conscientiousness (how organized, motivated, and goal-directed you are)
3. Extraversion (how energized and connected you are around other people)
4. Agreeableness (how friendly and optimistic you are toward other people)
5. Neuroticism (how well you handle stress and other negative emotions)

It's likely that anyone can think of examples where they have defined themselves by something in the past. Or how we limited ourselves by saying something like 'that is not for me'. So what would happen if we stop boxing ourselves and use a different type of thinking?

Past Thinking vs. Future Thinking

Our behaviour flows forth from the past, unless we actively do something about it. It's because we are creatures of habit.

This is the problem with past-related thinking: it's a narrative that keeps you rigidly stuck in equilibrium.

However, we cannot change our past. So it's not the content that needs changing, only how you view that content:

"The real voyage of discovery consists not in seeking new landscape, but in having new eyes to see the same landscape differently"

When we start with future-related thinking, important question can be pondered upon, giving us new thoughts and new ideas who we would like to become;

Charlie Trotter was an American chef with a restaurant in Chicago. His restaurant serves dishes of hundreds of dollar in a luxurious setting. Regularly, Trotter would invite impoverished kids to come eat at his restaurant.

It was normal for Trotter to hear people criticize him; you'll make them unsatisfied with their current life and unhappy because of the food they get.

But he didn't care what they said. Because he regularly received emails from children that were inspired by his generosity. Because Trotter provided them with an emotional experience within a rich environment.

The dinner experience allowed these kids to envision new possibilities that they never knew existed. The exposure of the new experience gave them the ability to truly open their eyes and change their life view as a result.

Being the Hero of your Life 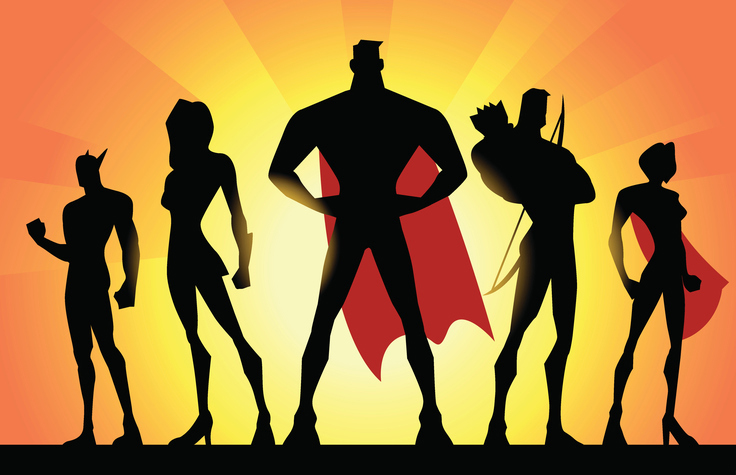 There is a famous speech by Matthew McConaughey when he won an academy award for best actor. He explained who his hero was:

"When I was fifteen years old, I had a very important person in my life come to me and say, “Who’s your hero?” And I said . . . “You know who it is? It’s me in ten years.” So I turned twenty five. Ten years later, that same person comes to me and says, “So, are you a hero?” And I was like, “Not even close! No, no, no.” She said, “Why?” I said, “Because my hero’s me at thirty five.” So you see, every day, every week, every month, and every year of my life, my hero’s always ten years away. I’m never gonna be my hero. I’m not gonna attain that. I know I’m not, and that’s just fine with me, because that keeps me with somebody to keep on chasing. "

This type of future thinking helped Matthew McConaughey to become an active architect of his own life.

Method 1: What will have been your Life Story?

"You need to aim beyond what you are capable of and develop a complete disregard for where your abilities end. If you think you’re unable to work for the best company in its sphere, make that your aim. If you think you’re unable to be on the cover of Time magazine, make it your business to be there. Make your vision of where you want to be a reality. Nothing is impossible."

With an autobiography you step forward into the future and outline the story of your whole life:

Method 2: How do you see yourself in 3 years?

Looking ahead into the future can help you define who you want to be and why:

Both exercises serve as a tool to think of new thoughts, emotions and future images.

Becoming the Catalyst for your Future

The key takeaway from the Personality Isn't Permanent is that a future image can be the catalyst to transform our future. But it starts from within.

So who will you be?